Under the economic, ecological, demographic and psychological conditions our Western culture, whose main goal is mounting prosperity, is not viable for the future.  Neither is it generally applicable. The prospective nine billion people who will populate the earth in a few decades will most definitely not be able to live as we do today.
This forces the peoples of the West to behavioural changes. They have to adapt their way of life to the conditions of a both finite and transparent world. That is not easy for them, for they are strongly moulded by gainful employment, the pursuit of possessions and material prosperity. Even more significant, however, is that they have caused the functionality of their societies, namely: full employment, social security, social peace and even the stability of the free-democratic order to become dependent on economic growth and increasing material wealth.


The prerequisite for the necessary behavioural changes is a lasting transformation of the awareness of broad sections of the population. People have to once again recognise that a culture whose foremost aim is to increase material wealth is a poor culture. The elements of every culture such as art, politics, religion, economy, science or certain ways of seeing and behaving no longer maintain a dynamic balance and are therefore only inadequately effective. This balance must be restored. In particular, social interaction, mutual help, responsibility and affection must gain in importance parallel to declining economic strength. All in all, our Western culture has to arise again in all its richness and its great depth, variety and beauty. That however means: it has to be fundamentally renewed. Only then will it once more be viable for the future... "
(www.denkwerkzukunft.de) 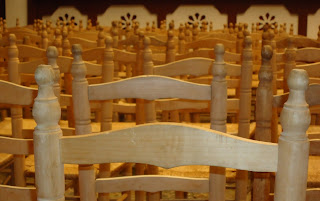